You’re Pregnant: Should You Get an HIV Test?

Learn about HIV testing, a routine test for pregnant women. 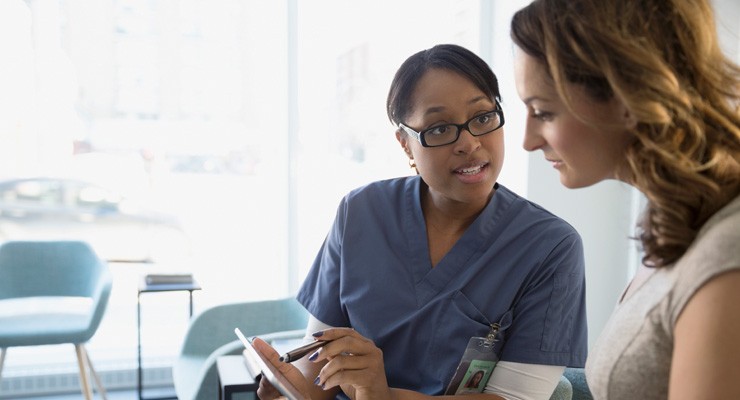 In order to monitor the health of both you and your baby, your medical team will do routine tests throughout your pregnancy. It may surprise you to learn that one of these is the test for the human immunodeficiency virus (HIV).

HIV testing is recommended for all pregnant women, even if you think you are not at risk. Testing should be done as early as possible in the pregnancy. Testing is important because HIV can be transmitted from a pregnant woman to her baby during pregnancy, labor and delivery or breast-feeding. Women who are diagnosed with HIV and take antiretroviral medicine while pregnant can reduce the chance of giving HIV to their baby. Other precautions will be taken as well.

How is HIV testing done?

HIV is detected through an antibody test. Antibodies are produced in response to an infection. They may be measured by sampling your urine, blood or saliva. If the first test is positive, you will be asked to return for a second test to confirm the results.

The facts about HIV

HIV, or human immunodeficiency virus, is the virus that causes AIDS. About 1 out of 8 people with HIV don’t realize they have the virus.

While currently no cure exists, being HIV-positive is not the grave diagnosis it once was. Treatment for HIV, known as antiretroviral therapy, can greatly increase lifespan and help prevent the virus from spreading to others.

Most pregnant women with HIV will be prescribed a combination of antiretroviral drugs to be taken throughout their pregnancy, as well as during labor and delivery. Fewer than 1 percent of babies whose HIV-positive mothers take their medications as prescribed will be born with HIV.

In addition to medications, your doctor may take other steps to lower the chances of your baby becoming infected. For instance, the baby of an HIV-positive mom may need its own antiretroviral medication. Depending on the level of virus in your body, you may need to have a Cesarean section. The baby’s risk of infection is highest around the time of birth.

The American College of Obstetricians and Gynecologists recommends a woman with HIV should NOT breast-feed. Transmission of the virus can occur through your breast milk.

With the proper medical care, your baby has an excellent chance of being born virus-free.