When Dads Have Postpartum Depression

New moms aren’t the only ones who can get it. Learn why dads can suffer, too. 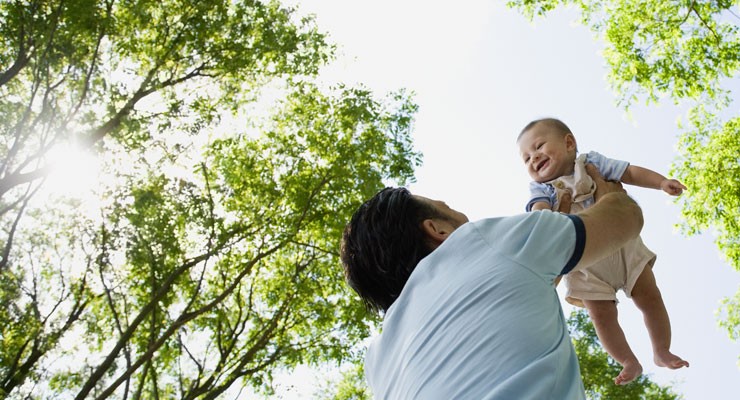 The arrival of a new baby can be one of the most exciting, joyful moments in any parent’s life. After months of anticipation, the waiting is over. You finally meet the little person who is your son or daughter.

But what is supposed to be a blissful time can instead be difficult — for mothers and fathers alike.

While the idea of postpartum (after the birth) depression in mothers is well known, many do not realize that fathers can suffer from depression, too.

Depression is different from just feeling sad every now and then. It takes over your day-to-day life. The bad feelings are intense and don’t let up.

Some of the symptoms of depression are similar for men and women. These include:

Men, though, may experience depression differently from women. They may associate it with being too emotional or weak. They are less likely to say they feel hopeless or down on themselves.  Many men worry whether they will be able to care financially for the child and whether they will be good fathers. Men who are depressed tend to complain about feeling tired, irritable and unable to sleep. Keeping up with the demands of work and a newborn only compounds the situation. They lose interest in the things they used to enjoy. Men who are depressed may also get angry, aggressive, violent and reckless. Another frequent sign is drinking or drug use. With the increased responsibilities for a new baby, the man may not exercise and get as much physical activity as he had prior to the birth of the baby. The increase in weight and body shape may lead to depression and anxiety.

In general, depression rates for women are twice as high as those for men. But men have a higher suicide risk.

The time after a baby is born can be highly stressful and frustrating. There are so many new demands. You may feel overwhelmed and resentful. The usual support systems — like parents and grandparents — may now be many miles away. For many men, they miss the physical closeness that is now given to the baby and may feel resentful.  It is important for parents to talk about this and provide some pumped milk (if the choice was to breast-feed) and give the father the experience feeding the baby with skin to skin contact.

Many men are reluctant to ask for help even when they need it. But it’s important you pay attention to the signs of postpartum depression and to reach out to others. Isolation adds to depression. The first step is to see your doctor or mental health professional for an evaluation. Your treatment may include antidepressant medicines, therapy or other protocol. Also explain to your family and friends what you are going through. Let them support you. Be specific in ways they can help you. There are an increasing number of companies that provide paid paternity leave for Dad, which they can take advantage of, as well as new father’s support groups (either online or in person).

A mother’s depression can affect the whole family. The same is true for depressed fathers. A new dad with symptoms of depression is likely to be less able to support his partner. Children with two depressed parents are at a significantly greater risk of not achieving developmental progress — especially the ability to thrive and grow — than those with one depressed parent.

If you have thoughts of hurting yourself or others, call your health care professional, 911 or a suicide hotline such as 1-800-SUICIDE (1-800-784-2433) or have someone drive you to your nearest emergency department.

If you feel that you’re in immediate danger of hurting yourself or someone else, call 911 or your local emergency services immediately.